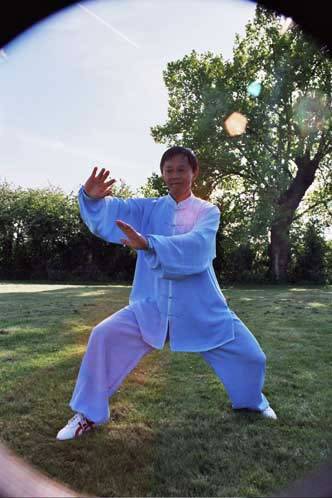 Verified through the teachings of Grandmaster Kongjie Gou.

The Chen family style (陳家、陳氏 or 陳式 太極拳) is the oldest and parent form of the five main tai chi chuan styles. It is third in terms of world-wide popularity compared to the other main tai ji quan styles. Chen style is characterized by its lower stances, more explicit Silk reeling (chan si jin) and bursts of power (fa jin).

The origin and nature of Tai Chi is not historically verifiable at all until around the 1600s when the Chen clan of Chenjiagou (Chen Village, 陳家溝), Henan province, China appear identified as possessing a unique martial arts system. How the Chen family came to practise their unique style is not clear due to lack of documentation from the formative period and irreconcilable views on the matter abound. What is known is that the other four modern orthodox family styles of Tai Chi Chuan are traced to the teachings in the Chen family village in the early 19th century. Therefore our history is going to be looked at in two parts, firstly ancient history followed by recent history.

Many practitioners both inside and outside of China recognize Zhang Shanfeng as the founding father of the art. Legend has it that Zhang was a wandering Taoist priest from Wudang Mountain who, during the Yuan Dynasty (15th Century), developed a gentle, sophisticated art, while watching hard style monks practicing their more “external” martial arts and chi kung on Wudang mountain. Another account claims there was an alchemist (also from Wudang mountain) named Zhang Shanfeng who developed Taijiquan during the Song Dynasty (12th Century). Xu Xuanping, a wizard during the Tang Dynasty (8th Century) is also recognized in some circles as a forbearer of the art in other related stories. Often these Taijiquan origin tales involve Zhang Shanfeng, and yet another obscure tale depicts him receiving inspiration from watching a bird unsuccessfully trying to carry off a snake with brute force, while yet another bird stole the prey by using more sophisticated, softer dynamics. Although, more often than not, these stories do not help very much in determining the historical origins of Taijiquan.

Research by the martial arts master, Tang Hao (1897-1959), during the 1930’s and historical records from Wen and Anping Counties both indicate that the first known practitioner of Taijiquan was Chen Wangting. In the 1660’s Chen Wangting led troops to beat back assaulting bandits about twenty years after the overthrow of the Ming Dynasty. The historical records include accounts of his martial arts and military skill. It is said, after order was restored, Chen Wangting retreated from the world , and became a recluse of sorts. Chen was influenced by Taoist philosophy and began to explore the essence of energy and strength. The story is repeated that before he died Chen Wangting said that personally to avoid depression he practiced internal boxing, involved himself in field work in the appropriate season, and spent his leisure time teaching disciples and his offspring so that they could be contributing members of society.

Additionally, a viewpoint that has surfaced, in recent years, is that Chen Style Taijiquan was developed from Shaolin Temple Martial Arts. This could have some credibility since Shaolin Temple and Chen Village are both located in Henan province and they are not far from each other.

In the late 1920s Chen Fake (陳發科, 陈发科, Chén Fākē, Ch’en Fa-k’e 1887-1957) and his nephew broke with Chen family tradition and began openly teaching Chen style – providing public classes in Beijing for many years. Chen Fake’s influence was so great that a powerful Beijing Chen style tradition survived his death; it was centred around his “New Frame” variant of Chen Village “Old Frame.” His legacy spread throughout China by the efforts

At this time mention must also be made of the first in-depth book ever written on Chen style. It was written by a 16th generation family member Chen Xin 陳鑫 (Ch’en Hsin, 1849-1929) called Taijiquan Illustrated 太極拳圖說 (seeclassic book) and proved very popular but was not actually published until 1932, well after Chen Xin’s death.

A second significant “promotional wave” in Western countries began in the 1980s. It can be traced to changes in Chinese foreign policy and the migration of Chinese Chen stylists around the world. On a more organised level mention must be made of Chen Village’s international “roaming ambassadors” known as the “Four Buddha Warrior Attendants.” These specially trained sons of Chen Village are Chen Xiao Wang (Chen Fake’s direct grandson), Chen Zhenglei, Wang Xian and Zhu Tiancai. They are extremely well known internationally on account of their many years of relentless global workshops and talks. 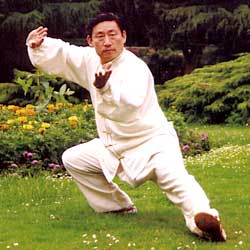 Grandmaster Chen Xiao Wang, male, born in the original place of Tai Chi – Chen village in China, he is the 19 th generation Chen style Grandmaster of the Chen family’s Tai Chi Chuan heritage.  He is a direct descendant of the legendary creator of Tai Chi, General Chen Wangting and one of “the World Best Chen Tai Chi Grandmaster”

He is very skillful in Tai Chi Kungfu and has original view on training and actual combat technique.

He began his training at the age of six years old studying Tai Chi from his Father, and then later from his Uncles, who were all famous Tai Chi Grandmasters.

He has practiced Tai Chi for more than fifty years, and is considered a ‘Living Treasure’ by the Chinese government.  He has numerous Gold Medals that he won as a young man competing in martial art tournaments throughout China.  His character and gentle approach to teaching Tai Chi has won him literally tens of thousands of faithful Tai Chi students all over the world.

Grandmaster Chen Xiao Wang has been produced a series of dvd on Chen Style Tai Chi recently and it is available to buy in China. 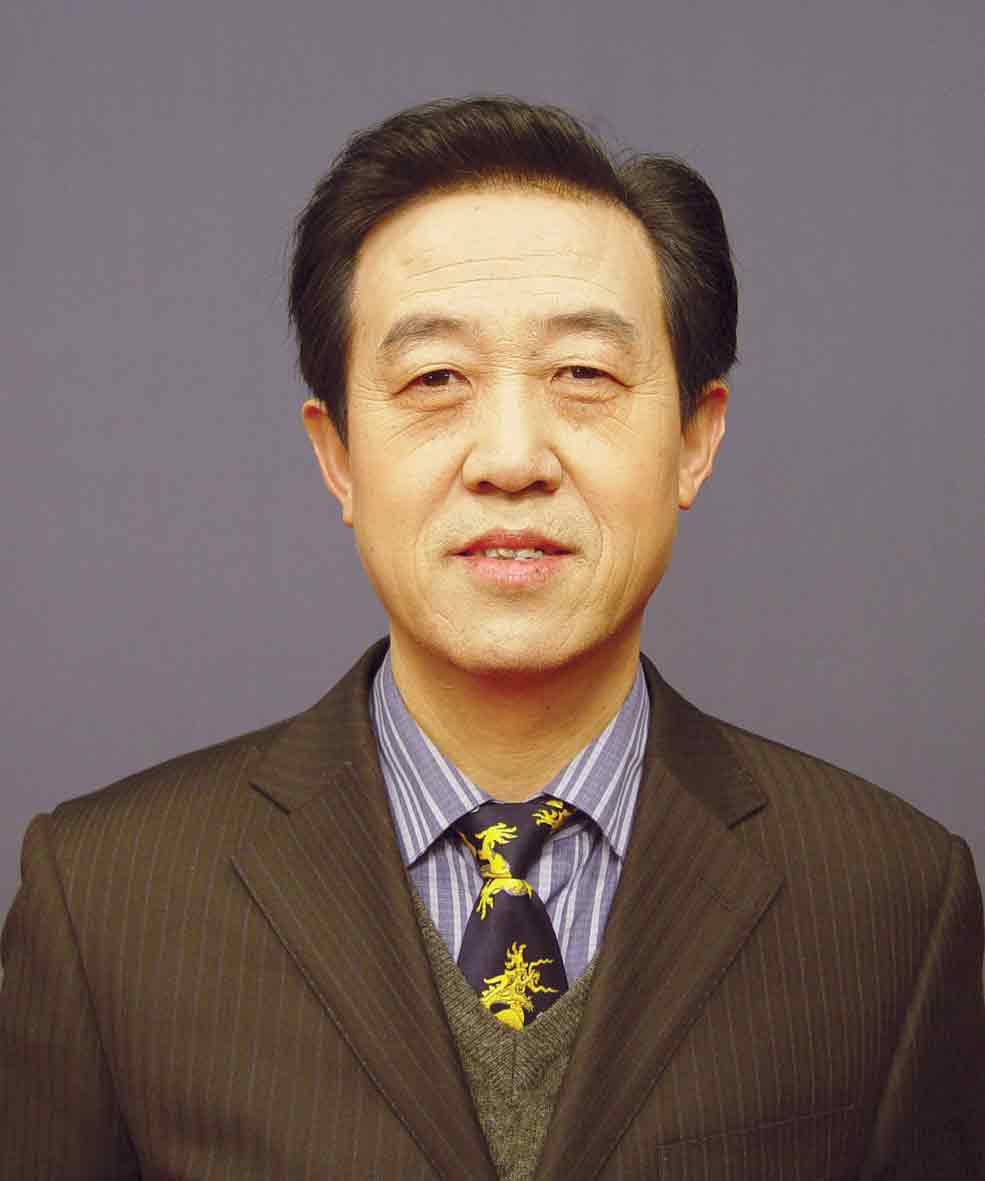 Grandmaster Chen Zheng Lei (Zhenglei) was born in May 1949 at the birth place of Taiji – Chenjiagou Village, Wenxian County, Henan Province, China. He is the 19th generation inheritor of the Chen family and 11th generation direct-line successor of Chen Style Taijiquan. He has held the position of Head Instructor and Principal of Chen Village Taijiquan School, Head Instructor of Wen County Taijiquan Promotion and Development Centre and Vice Director of Henan Province Martial Arts Administration.

He has been officially recognized as one of the Top Ten Foremost Martial Artists by the Chinese State Government and has been awarded the honor of National Martial Arts Senior Instructor holding of 8th Duan Wei of Chinese Wushu (Martial Arts) Grading System. He is also a Committee Member of China Physical Culture & Science Institute.

He has recently established the Chen Zhenglei Taijiquan Culture Co. Ltd. in Zhengzhou City, Henan Province, China to promote Chen Style Tai Chi and help the Tai Chi practitioner worldwide to access his unique training skills. Anyone taking part in his training courses will have the opportunity to learn directly from one of the most skillful Tai Chi Grandmasters in the world.

As part of his Tai Chi life Grandmaster Chen Zhenglei has been invited to visit and teach Tai Chi in nearly 30 countries and has published many books and a series of Videos, VCD and DVDs on Tai Chi by the Chinese State Sports and Education Publishing House. It includes Tai Chi Qigong, Silk Reeling Energy, Warm up Exercises, Forms, Weapons, Push Hands and Applications. Many of those publications have also been translated into other languages such as English, French, Japanese, Korean, Spanish.

He started to take part in competitions from 1974 and by the end of 1987 he had won over ten gold medals in Henan Province and China National Martial Arts Competitions.

Because of his great success and excellent skill, he has held the position of Senior Instructor at the Henan Provincial Martial Arts Academy since 1983. Under his successful unique training method his students have taken part in the China National Martial Arts Competitions and won 15 gold medals and 12 silver medals over two years in 1988 and 1989, which is a really good outcome. Not only that, he himself has taught thousands of students worldwide to let more and more people enjoy the authentic Chen Style Tai Chi exercises.

Grandmaster Chen Zhenglei has accepted the Honorary Presidency of the Chen Style Tai Chi Centre UK in 2003 and currently teaches in China, you can visit his homepage here. 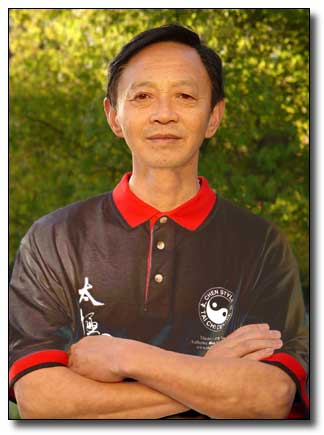 Grandmaster Kongjie Gou started practicing Chinese Martial Arts in 1960. Five years later, in 1965, he began learning Chen Style Tai Chi as an indoor senior student of Grandmaster Chen Zhaokui (the Head and Heir of the 18th generation of the Chen Family). Master Gou has taught Chen Style Tai Chi extensively to both university and private students in many provinces around China since 1982. At the International Festival of Tai Chi in China in 2002 Grandmaster Kongjie Gou was awarded the Certificate of Excellence; this award is very rarely given and is reserved for Tai Chi masters of exceptional skill and ability.

At the age of 25 Grandmaster Kongjie Gou was diagnosed with terminal cancer. During his treatment he lost his teeth, hair and muscles. More than 30 years later, having confounded the doctors, he attributes his recovery and his current excellent health, to practising Tai Chi.